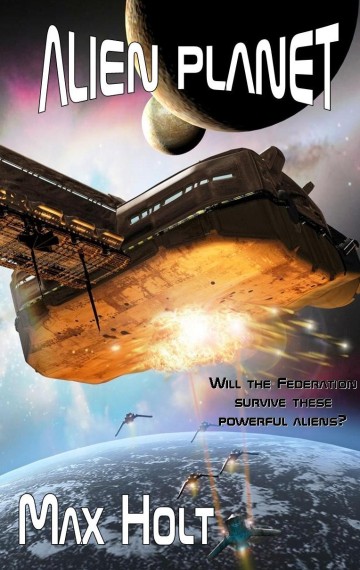 The Federation of Planets has ruled the galaxy for hundreds of Star Dates. But now the fragile peace has been threatened. Intelligence probes transiting the Galactic Four Worm Hole have discovered an alien world in the outer spiral arm, confirmed to be harboring weapons capable of destroying an entire planet. Even though the evolution of this species is far behind others in the galaxy, Admiral Platz is convinced that they will soon be capable of launching their weapons to other solar systems. The threat to Federation member planets nearby is real and immanent. Unable to decipher their complicated language the Federation has sent three star ships full of combat soldiers to invade the alien planet and attack their storage sites with the mission to destroy their weapons. But there is concern that the high percentage of inexperienced soldiers in the Strike Force could jeopardize the mission. Concern heightens when some soldiers die during Deep Sleep due to the failure of their sleep pods. Other soldiers question the validity of the mission and some file for conscientious objector status before the battle. When the Hologram Combat Simulator reveals the truth about the aliens the soldiers will face, they react with fear. When the attack shuttles finally break through the alien atmosphere and deposit the Attack Teams onto the forbidding cold surface they are stunned. Never in the history of the Federation have soldiers had to face such an enemy. The aliens are four times their size; they are ugly, smelly and grotesque in every way. With no turning back, what will happen when this horrid species fights to defend its Alien Planet?