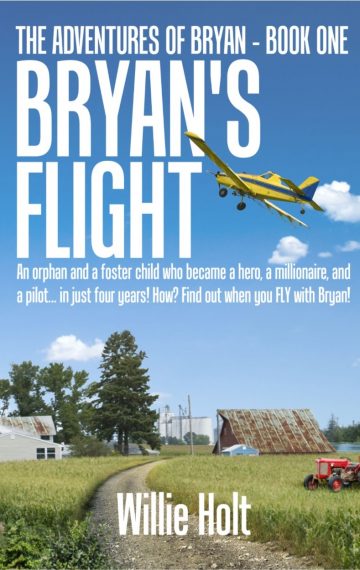 Bryan is a fourteen-year-old orphan in a boy’s home in Ohio. The FBI told him that both parents supposedly died around the time he was born, but he always suspected there was more to the story. Bryan is bigger, stronger and smarter than the other orphans his age, so nobody likes him. He thinks his life will be happy and secure when he gets chosen to be the foster child of a widow in Arizona. But Bryan does not know about the mysterious connection he already has with her. When he arrives he is astounded to learn that the woman is mentally disabled and she forces him to live in the barn while trying to feed him dog food. Bryan is ready to give up and return to the Boy’s Home when he stumbles upon two underground discoveries that will change his life forever. These discoveries coupled with his strength and intelligence will send his life in a direction that includes a worldwide breakthrough invention, driving legally at age thirteen, defeating a group of neighborhood bullies, learning to pilot his own airplane, home-schooling himself, and becoming the richest teenager in America…all before age eighteen. Bryan’s underprivileged past and his passion for doing what is right will lead him on a path of providing help and direction for those in society who are less fortunate. His caring and humble spirit propels him to unintentional hero status among all who know him. As you join fellow readers to explore The Life of Bryan you will discover why he truly is…The Amazing Boy.